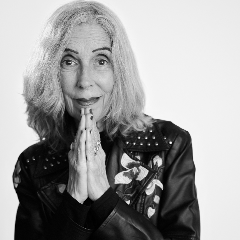 DONNA FROST Donna Frost is a true traveling troubadour, logging thousands of miles year round performing shows in cities all across the US.  She has appeared in the UK and the Caribbean as well during her career.  She performs solo with her guitars, ukuleles and mandolin most times and also plays select shows with her band.    She is currently promoting her latest “The Quarantine Sessions” and upcoming “The Quarantine Sessions Volume 2” consisting of songs she has written and recorded the past year during the pandemic.  Donna has been able to survive the past year of shutdowns and lost shows with her online weekly Monday night Facebook shows, which she started on March 23, 2020 and which she is still doing weekly as of May 2021.   She has also been out doing some safe and socially distanced performances. Donna has written over 300 songs and released 6 (soon to be 7) CD's of her music the past 20 years. Donna is an 11 time ASCAPlus award recipient for her work.