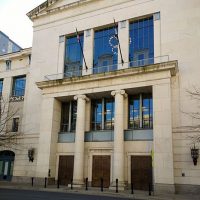 A free Make Music event will kick off at the Main Branch Library downtown on Monday, September 19 from 3:30 p.m. to 5 p.m.

The event is part of a partnership between Make Music Nashville and Studio NPL at the Nashville Public Library, hosted by musical educator Emma Supica. It is open to the public.

Participants will learn how to sample sounds and create beats, among other skills. The event will train on analog and digital instruments — some of which may be taken home.

The events are designed for a 12 to 15-year-old age range, but all ages are welcome.

Musical experience is also welcome, but not required. [read more] 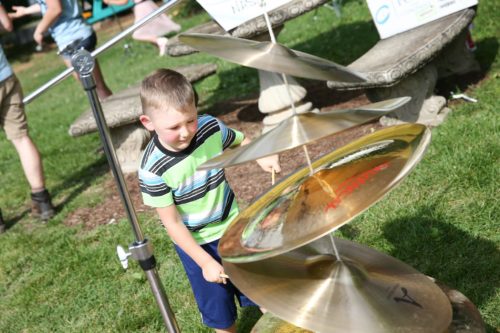 Nashville may be known across the country as the home of country music and one of the most popular places to visit, but Music City recently was chosen by an international magazine [National Geographic] as the best destination in the world to visit in June.

Tennessee’s very own capital city found itself in the top spot, largely in part because of the various music festivals and live performances Nashville is getting ready to host, including Bonnaroo and CMA Fest as well as Make Music Nashville festival and the Musicians Corner concert series taking over Centennial Park during May and June. [read more] More than 150 artists will spread out across the city as part of Make Music Nashville.

The event will take place at more than 38 venues, including restaurants, breweries, the Zoo and the airport.

This year, the event is expanding down to Murfreesboro and Franklin as well.

As part of the festivities, you can enjoy performances for free or you can even be a part of them. [read more] Make Music Nashville is today, Thursday, June 21. This year, Make Music Nashville hosts over 100 free performances at 38 venues and parks throughout the cities of Nashville, Franklin, and Murfreesboro. Mayor Briley recently proclaimed June 21st Make Music Day in recognition of the organization and its flagship festival.

Make Music Nashville will donate more than 1,300 instruments and more than 1,000 music lessons throughout the day, all free to the public. Featured artists set to participate in this year’s festival include Chris Scruggs, Fats Kaplin, Aaron Hoke Doenges’s Wade [For River and People], and many more. Below are the two locations in Franklin and two other highlighted shows. See the complete schedule here. [read more] On any given day in Nashville, there are plenty of musical events going on. But how many days can you take your pick from more than 100 shows and workshops and not have to pay a dime to attend any of them? Make Music Nashville, a daylong nonprofit festival, will provide just such an opportunity at 30 venues all over town. (Mayor David Briley proclaimed June 21 as Make Music Day in advance of the events.) You can choose from performances by singer-songwriter Abigail Flowers or hip-hop artist Kadmon Love, take lessons in harmonica, check out the BNA Spoon Jam (which will explore the history and musical technique of the spoons, a folk instrument developed by people with limited resources) or a drum circle. Organizers also plan to donate 1,000 instruments to various community groups that day. Visit makemusicday.org/nashville for a full list of events. [read more] Mayor David Briley has proclaimed June 21 Make Music Day in Nashville, and the city’s largest DIY music festival, and its flagship event have been recognized by Metro Nashville Government in a proclamation released this week. Featured artists set to participate in this year’s festival include Chris Scruggs, Fats Kaplin, Aaron Hoke Doenges’s Wade [For River and People], and many more.

This year’s Make Music Nashville schedule features over 130 artists performing in 35 venues across Middle Tennessee. The organization will also donate more than 1,200 instruments and more than 1,500 music lessons to festival patrons, all free and open to the public. [read more] On June 21st, Nashville will once again be joining cities around the world in an annual celebration of music known as Make Music Day: a public, all-inclusive day of free music lessons, jam sessions, concerts, and everything in between.

Make Music Nashville (MMN) is a day for Nashvillians at any level of musical know-how, from absolute beginner to bona fide expert, to participate in the joys of music making. Events are held in different locations throughout the city and are completely free. Instruments will be provided. [read more] The place is Central London, near the beginning of World War II.

A six-year old girl living with her family is sent to live in the countryside to escape Germany’s sustained bombing attacks on the city. The girl, afraid and unable to understand why she was sent away, develops severe speech problems that keep her silent much of the time. She goes back to London where her best friend is killed in a bombing raid. Several years later she meets an American soldier. The two marry, move to the United States and have six kids together.

Belmont University students heard this story and many more Wednesday morning at the Heritage at Brentwood, a local senior living community. These students are a part of a commercial songwriting class. They had come to The Heritage as part of Make Music Day, an annual international celebration of all things musical. [read more]

WTFV-TV (Tuwanda Coleman, 3/13/17): The Plus Side of Nashville: Make Music Nashville