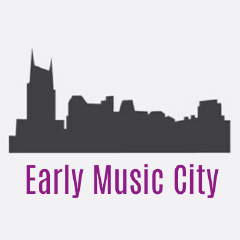 One part Renaissance band, one part Baroque ensemble, celebrating the diverse traditions that make Nashville a great music town – that's EARLY MUSIC CITY. The group takes an historically-inspired, yet light-hearted and open-minded approach to programming, from Renaissance dances, Monteverdi, and Vivaldi, to Stephen Foster, Celtic reels, and spirituals. “A Time Traveler’s Musical Journey” takes the audience to the royal courts of Europe, the British Isles, and 19th-century America. By using replicas of instruments from those earlier times, the music is brought to life as it might have originally sounded. This program is made possible by funding from Early Music America.